KLINGER celebrates 40 years of its flagship gasket. KINGERSIL revolutionized the gasket market in 1982 thanks to aramid fibers instead of asbestos.

An essential part of plant safety and emission reduction: The KLINGERSIL product family has stood for reliability and continuous development for 40 years. A tribute on its anniversary.

Today it is hard to imagine, but it was commonplace 40 years ago: asbestos was long considered the miracle material of choice in many industrial applications. It was fireproof, acid-resistant, and impressively strong. These properties were also advantageous for sealings – until the harmful side effects of the mineral were discovered. The Scandinavians were particularly early and were the first to specifically ask KLINGER about asbestos-free materials back in the late 1970s. 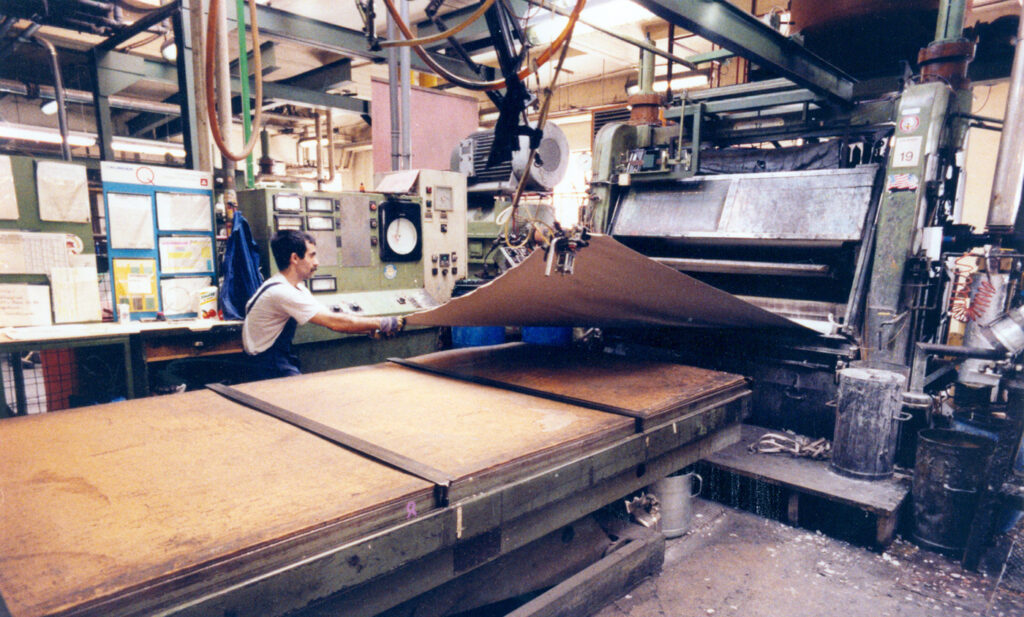 The KLINGERSIL C-4400 sheets have been manufactured in Gumpoldskirchen since 1982.

Aramid fibres instead of Asbestos

This was a challenge for ISTAG: the central research and development department of the KLINGER Group at the time. They set about developing new recipes, rolling them out on a 500 millimeters wide test setup. The aramid fiber – a synthetic plastic that is comparatively harmless – was quickly tried out as an obvious alternative to asbestos. The experiment was an immediate success, and in the early 1980s ISTAG was able to send the first recipes for mixing the sealing material through the test course. Soon the KLINGER factory in Gumpoldskirchen was able to produce the aramid recipes on a large scale. This completed the initial phase of KLINGERSIL C-4400. 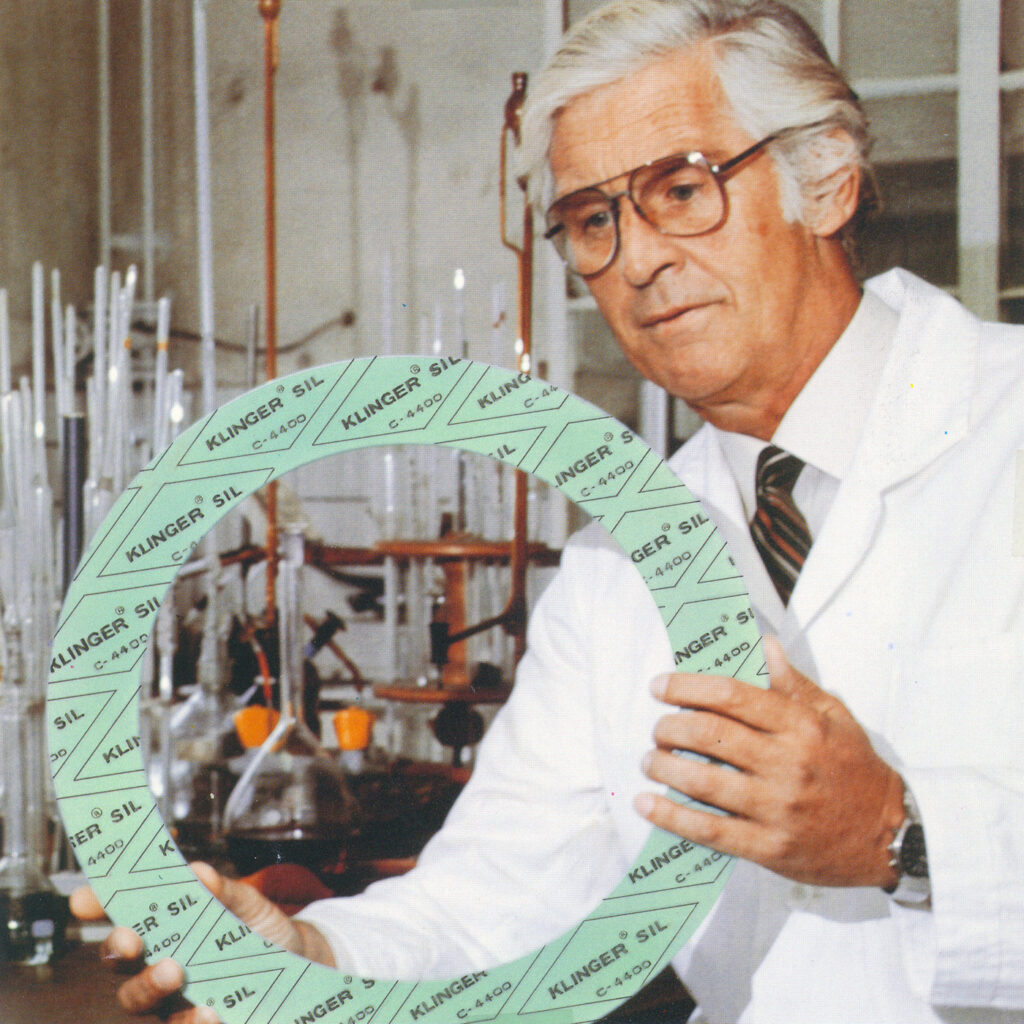 All KLINGERSIL gaskets are tested for the highest quality, as in 1989 so also now.

As is often the case with legends, there were obstacles to overcome along the way. In the first field tests, the early KLINGERSIL behaved differently from the materials on the market at the time. Back then, gaskets were mainly used in the high-pressure area of power plants to prevent hot steam from escaping. It turned out that the new material could not withstand all extremes – but the material had to withstand at least a pressure of 40 bar and a temperature of 250 °C (482 °F). To achieve this, ISTAG started further tests with other fiber mixtures, binders and fillers. They thought big and they thought far ahead: In the future, all products from the KLINGER range of gaskets should be asbestos-free. 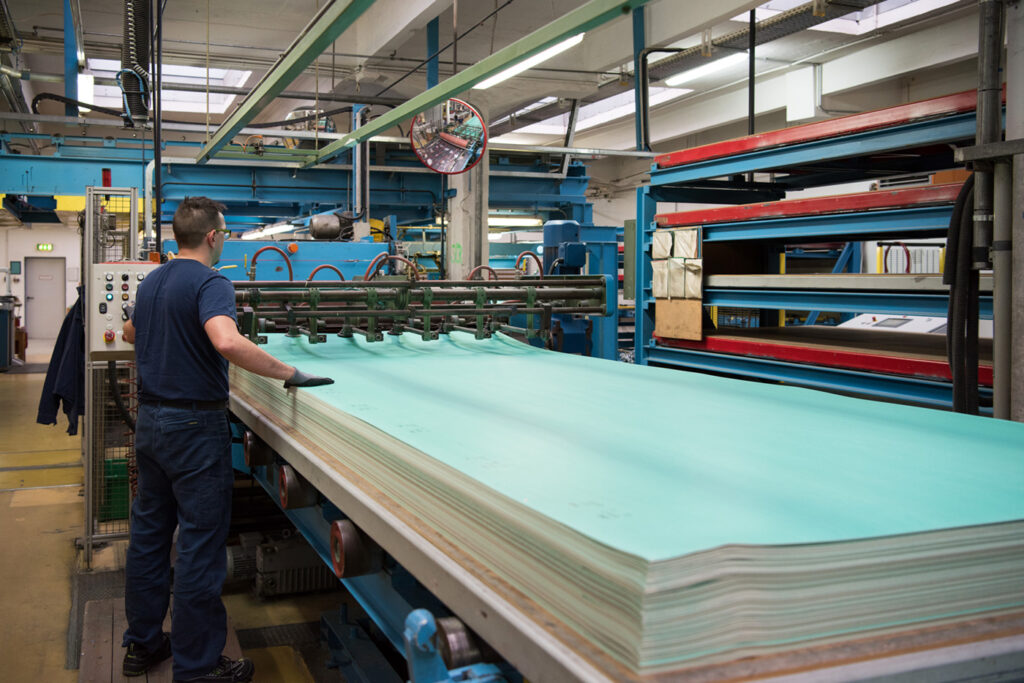 After careful quality control, the KLINGERSIL panels are printed and cut to the right size.

The Pledge to Tightness

Stricter emission requirements meant that the visionary development of ISTAG was soon able to start its worldwide triumph. The tightness requirements of industrial plants have increased to such an extent in the last 20 years that sealing materials are being put to an exceptionally hard test. Refined test procedures, which now prescribe helium instead of nitrogen for leak testing, have boosted the safety level considerably. The sealing materials of earlier decades would no longer meet today’s requirements. More importantly, KLINGERSIL has continued to develop since it was invented, and has thus been making its contribution to plant safety and the reduction of emissions in a large number of application areas for 40 years. Thanks to the forward-looking pioneering work of the research department, a range of products that are manufactured and tested worldwide in accordance with the KLINGER Group standard are now available on the market – and are valued by customers worldwide. 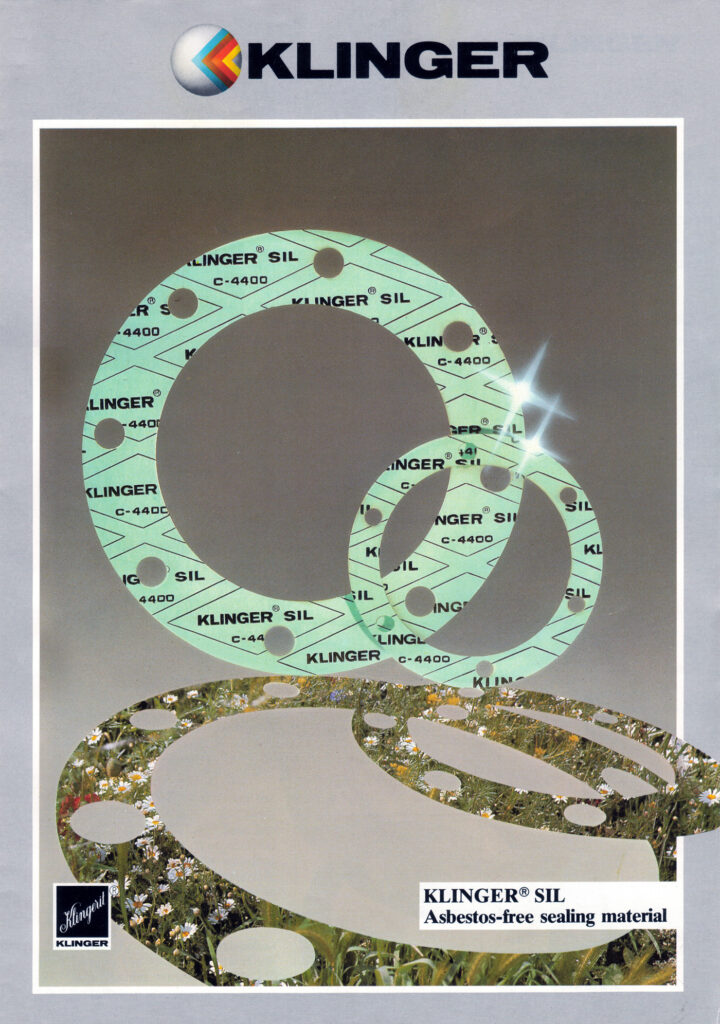 The sign of the times recognized early: a poster advertising the asbestos-free KLINGERSIL in 1986.